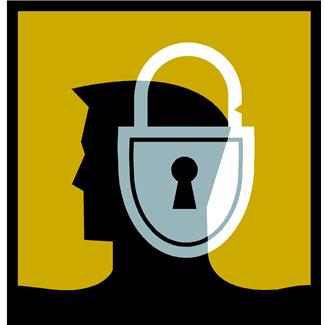 The “Secret” M.E. files in the National Archives at Kew

Given the recent cyber-activity (Facebook and elsewhere) regarding the above files, it might be helpful for me to outline the history and context of these files.

I use the term “ME” to describe the spectrum of illnesses which is often reduced to the term ME or ME/CFS. It includes the following although the list is not exhaustive: Myalgic Encephalomyelitis, Chronic Fatigue Syndrome, Fibromyalgia, Post-Viral Fatigue syndrome and several others.

When files from the various Departments of State (Health, Education, Work and Pensions etc.) are archived in the normal way they are reviewed in case they contain confidential information. It is necessary here to distinguish between “confidential” and “secret”. Secret files are subject to a different process of classification – for example, reasons of national security such as prevention of terrorism.

The ME files are not in the “secret” category; however, some of the information which they contain is confidential in that it reveals sensitive personal details about named individuals (eg. medical information) or the information itself was given in confidence (eg proposals for research funding). Any public authority is under a statutory duty to protect the privacy of its citizens (ie. you, me and everyone else in the UK) so these files – like many others – were closed and then archived in the National Archives (TNA) at Kew, in the early 1990’s.

The formula under which these files were closed is contained in a simple, if cumbersome mathematical calculation. The age of the youngest person mentioned in the files is calculated at the time of review. A period of 80 years is added on and that gives the date when the file can be opened, on the basis that everyone referred to in the file will have died by that time so their privacy is protected during their lifetimes. You do the math, as they say. It does work – I’ve checked it. It seems somewhat gruesome and draconian but due process is often like that.

Since then, there has been a major policy shift towards public access to information. This led to the Freedom of Information Act 2000 (FOIA) which, amongst other things, enabled the procedure which anyone can use to request that a file is opened up. That is how the information about MP’s expenses came into the public domain, for example.

At some stage, these particular ME files were identified by someone unknown and clearly they tried to access them – possibly without knowing about this procedure. When they were unable to obtain the files, it may have been incorrectly assumed that the files were “secret” rather than merely confidential and so the rumours began.

When I first heard about these files some years ago, like many other people, I was intrigued. I decided to see if they could be accessed using this process. Initially, I was only aware of the details of the DWP file so I started with that in September 2011. It took considerable persistence and effort but I followed the process and took it through three stages of appeal. There are further stages which you can move on to if necessary, but, at that stage, the Office of the Information Commissioner (OIC) – having reviewed the full file – agreed that it should be opened in April 2012 so I didn’t need to go any further.

[I should point out here that anyone can request the opening of any file covered by the FOIA at any time regardless of all other considerations. That doesn’t mean it will be successful but the process is available and the information is displayed on government websites and those of public authorities].

However, the DWP file did contain information which was exempt from disclosure under Section 40 of the FOIA – as I described in the fifth paragraph of this article (towards the bottom of the first page). I agreed that file could be redacted accordingly to protect the sensitive personal details of named individuals and then released. This is absolutely standard procedure. I then viewed the file at Kew on 30 May 2012 (it is not yet available online from TNA website).The redacted portions of the file are clearly marked as required by the legislation.

Around this time I tracked down the second file – the MRC file – and checked it out. To my surprise, it was already open and available online from TNA – although again, with redactions so I downloaded it. It had been opened up in 2007 so clearly someone else had already been through the same procedure as I had with the DWP file. For the record, Parliamentary Questions and e-petitions will not get a file opened up on their own; this is the only process which will achieve it.

In both files, the person doing the redactions seems to have been somewhat over-zealous so the current situation is that I still have ongoing appeals with the OIC against the redactions in both files and therefore the process is not yet completed. However, I do not think that it is likely these appeals will be successful as the law appears, on the face of the papers, to have been correctly applied. Nor do I think that we will learn much more even the redacted information is disclosed. There is a vast amount of material available in the files as they stand – even with the redactions still in place.

From my own personal point of view, I found – and still find – reading these files to be deeply distressing, disturbing and painful. It is utterly draining, and overwhelmingly depressing going through them. However, the information contained there is very old and none of it what was revealed in general terms was new to me.

I personally had not seen these specific documents before but it was only additional evidence of what I and many others already knew to be the case regarding policy and attitudes towards patients/benefit claimants in relation to ME spectrum illnesses. Both Professor Wessely’s and Dr White’s views, for example, have been publicly expressed for many years and the pervading climate, in my view, is of confusion, cock-up and total absence of policy direction rather than active conspiracy.

We need to find a new way of talking about the ME spectrum of illnesses. We urgently need to bring about policy change at the highest level. I have believed this for many years but my own health has precluded any significant action. My opinion is that these files may give us a springboard for such a campaign but probably no more than that.

But first and foremost – we need an apology from the UK government in the same manner that the Norwegian Directorate of Health apologised to its ME spectrum patient group in 2011. And we need other countries to do the same.

Please feel free to share everything in this article as the more people who have access to the information, the better. However, I do ask that I am properly credited with the work I have done and what I have written as the effort involved is enormous. I am aware that I have not properly referenced this article but everything I have referred to is in the public domain and is mostly available on the internet.

I welcome comments and discussion but my health is in shreds at the moment as a result of the last few days. I need to take a short break from my work so will not be responding to anything for the time being.

The MRC file (158 pages) is straightforward as it is available online from TNA website. If you go to the site catalogue and search for FD23/4553 you can “shop” and then download it free of charge.

The DWP file (235 pages) ref. BN141/1 is more complicated as, when I last checked, it was not available online as yet. You can view it either by physically going to TNA at Kew or you can order a copy of it from the website but be warned – that is very expensive and this file contains a lot of duplication so money is wasted on copying duplicate documents. There seems to be a copy of this file currently available via the file-sharing site “yousendit.com” (see the “Invest in ME” group on Facebook) but I suspect that will be temporary.

I am a barrister and I also have a background in media and communications. I first became ill with ME in my mid-twenties in 1981. I continued to work and study until 1999 when other serious health problems intervened. These exacerbated my ME and I have been unable to work since then.

And finally…..I send my very best wishes to all fellow ME spectrum sufferers, families, friends, carers and all those who believe in us and support us worldwide. Thank you.