Central sensitization: a matter of concern 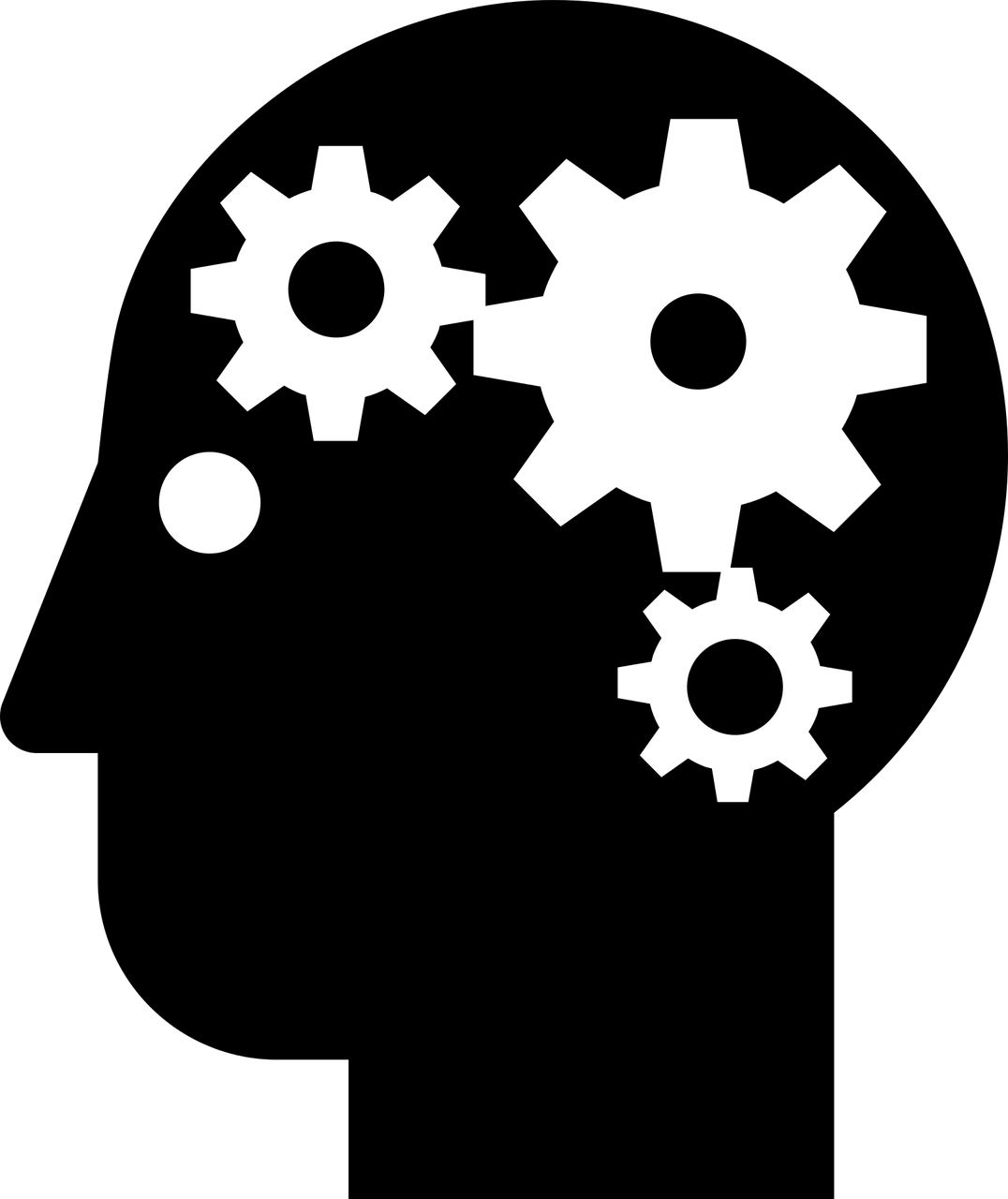 In 1981 Wilbert E. Fordyce challenged conventional wisdom. In one of the most influential findings in modern pain research, he reported a negative relationship between exercise and pain [1]. A subsequent study by Steven Linton confirmed these results. While patients thought their (low back) pain would increase after a cycling test, they themselves reported the exact opposite after the trial [2]. Patients were wrong about their condition and this provided new therapeutic opportunities.

An innovative hypothesis was formed, called the fear-avoidance model [3]. Central to this model was the idea that some (chronic) pain patients catastrophize their bodily sensations. This lead to hypervigilance, fear and avoidance of activities patients mistakenly thought would worsen their condition [4]. Pain patients were said to suffer from kinesiophobia, an “irrational, weakening and devastating fear of movement and activity stemming from the belief of fragility and susceptibility to injury” [5]. Avoidance behavior resulted in a vicious cycle of hopelessness, depression and deconditioning which was thought to explain the chronicity of symptoms. Inspired by the treatment of phobia [6], the model proposed graded exposure to threatening activities. Cognitive behavioral therapy (CBT) was promoted to tackle ‘myths about pain’ [7]; false illness beliefs patients held about pain and its relation to exercise.

Substitute pain with fatigue and you get the biopsychosocial model that has been imposed on patients with myalgic encephalomyelitis/chronic fatigue syndrome (ME/CFS) for almost thirty years [8, 9]. Only recently has this model begun to dissolve. Instead of an irrational fear of movement, ME/CFS patients are now known to suffer from an “exertion intolerance disease” [10]. Instead of catastrophic and somatic attributions, ME/CFS patients display “multiple pathophysiological changes that affect multiple systems” [11]. But just as the deconditioning-hypothesis begins to crumble, a new pain paradigm is ready to take its place.

Central sensitization (CS) originally referred to an increase in excitability of the central nervous system in response to a peripheral noxious stimulus [12]. Its influence was mostly confined to the area surrounding the site of injury, where a heightened sensitivity to heat and pressure was observed [13]. Since then the concept has gone through a significant expansion. CS became the supposed mechanism behind chronic, widespread pain, unrelated to an identifiable injury. Its effects were extended beyond the somatosensory system to include sensitivity to light, sounds and chemical substances [14]. The main rationale behind this inflation of the term was that some researchers thought CS could explain various medically unexplained syndromes, particularly those that have chronic pain as their dominant feature. In 2000 Muhammad Yunus proposed to group these disorders under the unifying concept of ‘central sensitivity syndromes (CSS)’ [15]. ME/CFS was one of them [16].

There are some valid arguments supporting this hypothesis. First of all the symptomatology matches the theory. Widespread pain can be a severely debilitating aspect of ME/CFS and many patients display an increased sensitivity to light, sounds or chemical substances [17]. Some studies [18, 19] have shown a generalized hyperalgesia (increased sensitivity to pain) in ME/CFS patients that was not present in controls. And while pain thresholds rise after exercise in healthy people, they seem to drop in ME/CFS-patients (i.e. patients experience more pain after exercise while they should be feeling less)[20-22]. These findings suggest that there is something wrong with pain modulation in ME/CFS. Given that the theory of central sensitization offers specific therapeutic options [23], this is definitely a direction future research should explore.

It is however a different matter to tout central sensitization as a fact in ME/CFS. Too many studies exploring the CS-hypothesis have reported negative findings for this to be accurate. Several of the mechanisms researchers use to evaluate the presence of CS (such as ‘conditioned pain modulation’ or ‘temporal summation’) have shown conflicting results in ME/CFS [24-28]. Increased levels of substance P, a neuropeptide involved in the transmission of pain signals, have been found in fibromyalgia (the ‘prototype’ of central sensitivity syndromes) but not in ME/CFS [29]. Nitric oxide (NO), another substance involved in neuronal excitability, instigated the initial research on central sensitization in ME/CFS [30] but has since proven to be a dead end [31]. These negative results have pressed Muhammad Yunus to remove ME/CFS from his central sensitivity syndromes-hypothesis, stating:

“Despite the fact that chronic fatigue syndrome (CFS) (systemic exertion intolerance disease) clinically overlaps with other members of the CSS family, definitive evidence of CS in this disease (excluding those having pain) is lacking, and was, therefore, not included.” [32]

Despite this lack of evidence for central sensitization in ME/CFS, the theory has been put forward as a rationale for behavioral therapies associated with the fear-avoidance model [33]. Clinical guidelines in Australia [34, 35], Denmark [36], Belgium [37] and the US [38] refer to central sensitization to promote the use of graded exercise therapy (GET), claiming it can “desensitize the nervous system”. This is an extraordinary claim to make, since there is simply no scientific evidence to support it [39]. In fact, those diseases where the hypothesis of CS stands strongest like fibromyalgia and whiplash-related disorders, are also those where exercise therapy is most controversial. Ironically, “the presence of central sensitization may reduce the effectiveness of exercise interventions” [40]. As a 2014 review on the treatment of CS explained:

“Some patients with CS pain, including those with chronic whiplash associated disorders, chronic fatigue syndrome and fibromyalgia, are unable to activate endogenous analgesia following exercise. It remains to be established whether long-term exercise therapy accounting for the dysfunctional endogenous analgesia is able to ‘treat’ CS in these patients.”[41]

So why is central sensitization being promoted as a rationale for GET?

It is no secret that some researchers hope central sensitization might revitalize the biopsychosocial model in the field of ME/CFS. Now that even the CDC explicitly warns this is a “biological illness, not a psychologic disorder” a new paradigm is needed that can point to pathophysiological abnormalities without breaking with the core tenet of the fear-avoidance model: ‘patients are mistaken about their own condition’. Central sensitization fits those needs rather well. Post-exertional malaise is no longer seen as a consequence of deconditioning but as the result of an excitatory central nervous system that sensitizes patients to the feeling of pain and fatigue. Because CS is unrelated to actual injury or tissue damage, the pain it causes is regarded as unreliable information, signaling that is best to be ignored. Hence a time-contingent form of graded activity is recommended [42]. As a prominent Belgian research group explained (translated from Dutch):

“due to central sensitization being present, it is no longer possible to rely on symptoms such as pain or fatigue. These are not an accurate representation of what is happening in the bodies of persons with fibromyalgia/CFS.” [43]

Instead of CBT, ‘pain physiology education’ is advised to accompany graded activity [44] and to explain to patients why they should ignore what their body is telling them. “The innovative aspect of pain physiology education”, one paper explained, “is the use of physiology (i.e., the mechanism of central sensitization) to change perceptions and cognitions. This makes it appropriate even for CFS cases reluctant to the biopsychosocial model.” [45]

Another matter of concern is the central sensitization inventory (CSI), a questionnaire constructed to detect symptoms associated with central sensitization syndromes. As it mostly lists vague and common symptoms such as headaches, concentration difficulties and a lack of energy, many patients with ill-defined diseases will score more than the 40-point cutoff that warns clinicians for the presence of CS. The authors of the CSI explain what should happen next:

“For patients who report a wide range of comorbid symptoms within the CSS family, the clinician may choose to pursue fewer expensive diagnostic tests and, instead, gear treatment toward biopsychosocial symptom management strategies and toward more appropriate and effective medications.” [46]

In summary: despite limited evidence, central sensitization provides a promising opportunity to tackle the devastating pain many ME/CFS patients suffer. By connecting this hypothesis to graded exercise therapy – for which there is convincing evidence it causes more harm than good in ME/CFS patients [47] – researchers are hindering the CS-theory to reach its full potential. There is no evidence that graded exercise therapy ‘desensitizes’ the nervous system of ME/CFS patients and one can only hope that patient organizations, researchers and clinicians around the world, will see through these illusory arguments.

The author wishes to thank ScottTriGuy from the Science for ME-forum for reviewing and commenting on this article before publication.

[32] Yunus MB. Editorial review: an update on central sensitivity syndromes and the issues of nosology and psychobiology. Curr Rheumatol Rev. 2015; 11(2): 70-85.

[33] The Cochrane review (Larun et al. 2017) for example writes: “Evidence has also been found for central sensitisation contributing to hyperresponsiveness of the central nervous system to a variety of visceral inputs. The most replicated finding in patients with CFS is an increased sense of effort during exercise, which is consistent with this model. Graded exercise therapy may reduce this extra sense of effort, perhaps by reducing central sensitisation.” Retrieved from: http://cochranelibrary-wiley.com/doi/10.1002/14651858.CD003200.pub7/full

[38] In 2012 Nijs et al. wrote: “it is tempting to speculate that exercise can indeed desensitize the central nervous system. However, this hypothesis is not (yet) supported by scientific evidence.” Retrieved from: http://www.painphysicianjournal.com/current/pdf?article=MTcxNw%3D%3D&journal=68

[42] This paper (Nijs et al. 2014) for example explains: “Why preferring a time-contingent approach (‘Perform the exercise for 5 min, regardless of the pain’) over a symptomcontingent approach (‘Stop the exercise once it hurts’)? As indicated above, CS implies that the brain can produce pain and other ‘warning signs’ even when there is no real tissue damage. A symptom-contingent approach may facilitate the brain in its production of nonspecific warning signs like pain, whereas a time-contingent approach may deactivate brain-orchestrated top-down pain facilitatory pathways.” Retrieved from: https://www.researchgate.net/profile/Mira_Meeus2/publication/263129681_Treatment_of_central_sensitization_in_patients_with_%27unexplained%27_chronic_pain_An_update/links/53e492cf0cf25d674e94da8b/Treatment-of-central-sensitization-in-patients-with-unexplained-chronic-pain-An-update.pdf

[44] This was noticed in 2011 by Tom Kindlon who wrote: “it seems questionable, and indeed possibly unethical, to have adherence to such an intervention as the goal of any educational program.” Retrieved from: https://www.archives-pmr.org/article/S0003-9993(11)00158-4/pdf